1. It Can Improve Skin Conditions

Who would’ve thought that cannabis could be a viable treatment option for skin conditions like eczema? The only issue? Smoking won’t do much good, as smoking actually harms your skin. A quality cannabis topical, on the other hand, can do wonders.

2. It Can Help You Get Through Chemotherapy

This is another extremely popular use for medical cannabis. Those suffering from cancers and its treatments – like chemotherapy – have found comfort in cannabis’s soothing effects.

Those living with OCD can also use cannabis as a treatment option. CBD, which effectively regulates anxiety to some extent, is the main active ingredient which helps those with OCD get a handle on the disorder – and live more functional lives.

4. It Will Calm Asthma Attacks

You probably never saw this one coming. Cannabis and asthma? They’re apparently compatible, or so says science. Again, it has to do with cannabinoid receptors which help control coughing fits as well as the herb’s ability to act as a bronchodilator. Smoking is obviously not the best method of delivery here, as that will likely only make things worse.

“…there are several other ways to ingest cannabis, which can help with hypertension and other blood pressure issues.”

5. It Can Replace Viagra for Some Men

How about a natural cure for erectile dysfunction? This is another one of the many benefits of marijuana. No more hiding that Viagra in the back of the medicine cabinet, merely stick to cannabis. The research is ongoing, but there is evidence that cannabis can help men overcome this frustrating issue. Many people are going to school to learn how to use the medical properties of the plant.

6. It Can Lower Your Blood Pressure

Smoking and low blood pressure are rarely synonymous. Thankfully there are several other ways to ingest cannabis, which can help with hypertension and other blood pressure issues.

As mentioned, calming anxiety is one of cannabis’s more sought-after effects. As a result, it can help people control panic attacks. Of course, it’ll depend on several physical factors, and what specific strains you use.

The Economic Benefits of Cannabis

8. It Can Be Used as a Food Source

Despite the fact that cannabis is hard to find at your local grocery store, throughout history, it’s been a dietary staple for many civilizations. Hemp has often been cultivated as a source of protein, and even today is used to create protein powders, or seeds can be purchased for consumption. On a large production scale, hemp can feed a lot of hungry people if prohibitive laws are overturned.

9. It Makes for an Attractive Investment

Want to make green, from green? Lots of venture capitalists are starting to see the explosive potential in the cannabis industry, and as a result, are dumping money into cannabis-based startups and businesses. Cannabis capital summits are even popping up, attracting investors and entrepreneurs.

10. It Can Help Fight Climate Change

If we are able to get large-scale cannabis farms into production, it could help curb emissions, and fight climate change. This would happen through a number of ways, from providing more carbon-absorbing plants across vast farmlands, to trading off emission-producing animal farms for greener, cleaner cannabis grows.

“Lots of venture capitalists are starting to see the explosive potential in the cannabis industry, and as a result, are dumping money into cannabis-based startups and businesses.”

The creation of literally tens of thousands of jobs in the wake of legalization in places like Colorado and Washington is hard to ignore. And in an economy that has been in slow-recovery mode since 2009, looking at any opportunity to add more jobs can’t be overlooked. In many locations there are people becoming cannabis physicians and nurses.

12. It Generates Revenue for Schools and Public Health Programs

Instead of having money funnel into the hands of low-level street dealers, or even cartels on the other side of the border, legal marijuana markets are putting money to work in local communities through tax revenue. Marijuana is now supplying millions to schools and public health programs, among other things.

13. Legalizing Cannabis is Getting People Out of Jail

A big point of contention in the U.S. recently has been the large rate of incarceration, and the amount of money flowing to the prison industrial complex. Legalization is clearing out prisons, and freeing up time and resources for law enforcement.

We mentioned that cannabis is creating a lot of jobs, and that’s because it’s creating new industries which house them. Cultivation, processing, sales outlets – there are numerous facets to the cannabis industry, and as legalization spreads, it’ll continue to grow.

Yes, making a previously illegal product legal lowers the crime rate – but it goes deeper than that. Numbers show that states in post-legalization status are seeing drops in crime, and perhaps most importantly, violent crime.

16. It Leads to Safer Roads

Traffic deaths have gone down in Colorado after legalization, which is fantastic news. This could be due to the substitution effect, people choosing pot over alcohol.

In legalized states, police no longer need to spend time chasing marijuana offenders, which also clears up the courtrooms for more serious cases. This makes things easier for everybody, and cheaper for the tax payers.

How Cannabis Can Improve Your Daily Life

18. It Can Keep Your Pets Healthy

Cannabis, in some forms, can make for a healthy supplement for your pets. And for animals that are sick, or living with chronic pain, cannabis-based treats can offer some relief.

19. It Can Help You Have More Pleasant Dreams

Plagued by bad dreams? Try cannabis before you hit the sack, and see if it makes a difference. For some people, it’s doing the trick. For others, particularly those with PTSD, it can also eliminate dreams completely. The reason, it turns out, is that cannabis impacts REM sleep – the part of the cycle during which you dream.

20. It Can Bring Your Energy Levels up

A lot of people are tired. But a small subset of individuals suffer from Chronic Fatigue Syndrome – a disorder that is effectively treated with certain cannabis compounds and strains. Just make sure you’re picking the right ones if you want to avoid fatigue.You will have so much more energy and time that you might consider becoming a cannabis nurse.

On the flip side, you can use cannabis to help you get to sleep. Again, though, it’ll depend on what specific strains you’re using, and your physical and psychological makeup. You may have to experiment a bit to get the desired effect.

“Cannabis, in some forms, can make for a healthy supplement for your pets. And for animals that are sick, or living with chronic pain, cannabis-based treats can offer some relief.”

22. It Can Help You Get Through the Work Day

No matter what kind of job you have, cannabis can probably give you a boost in some way – be it mentally or physically. If you do decide to experiment with cannabis at work, be careful not to let things get out of hand. Be mindful of what works and what doesn’t.

And if you’re operating machinery, or driving? Abstain. Better to get high AFTER work.

23. It Can Make You More Productive

If you can get your cannabis regimen just right, productivity could increase significantly. For a lot of people that may be due to the medical benefits gained from cannabis, or the inspiration, or simply because they’re happier. On the other hand, productivity can also take a complete nosedive if you’re not careful.

24. It Could Make You More Creative

Surprise, surprise – cannabis can help you be more creative. There’s still some debate as to how or why this happens, but cannabis does inspire lateral and divergent thinking, an important mindset for innovation and progress.

25. It Can Protect Your Brain

Now Lets Spread The Word On This Awesomeness!

Join us today, be the change you want to see in the world! 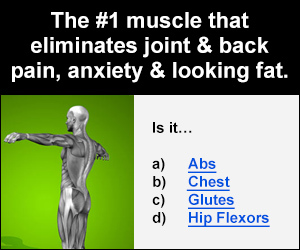